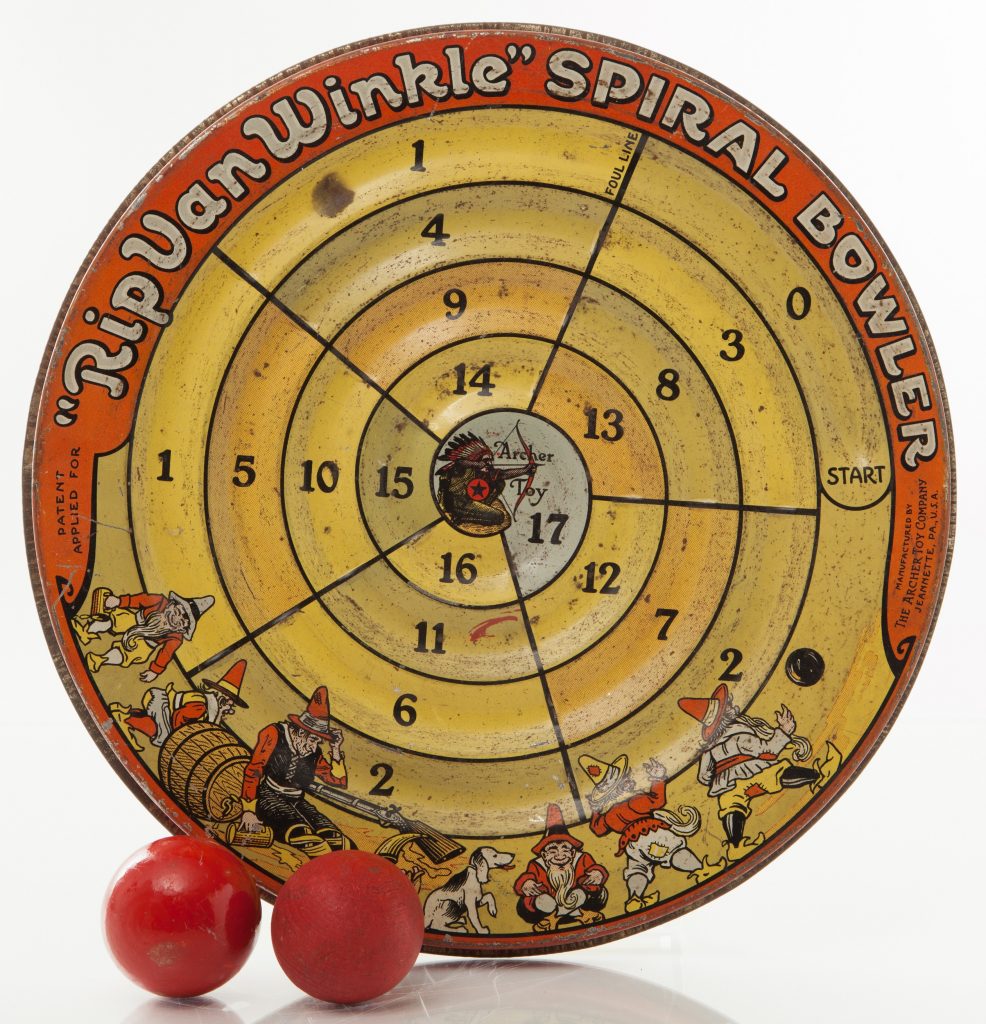 Washington Irving’s fictional character “Rip Van Winkle” misses the entire American Revolution when he helps a mysterious stranger carry a keg of liquor up a mountain and stumbles on a thunderous game of ninepins. By the time he “wakes up” from his adventure twenty years later, the war is over, and he finds himself in the brand-new United States. Pennsylvania-based Archer Toy Company created an homage to the fictional character in this 1920s-era spiral bowler game. A keg of liquor was optional, of course. 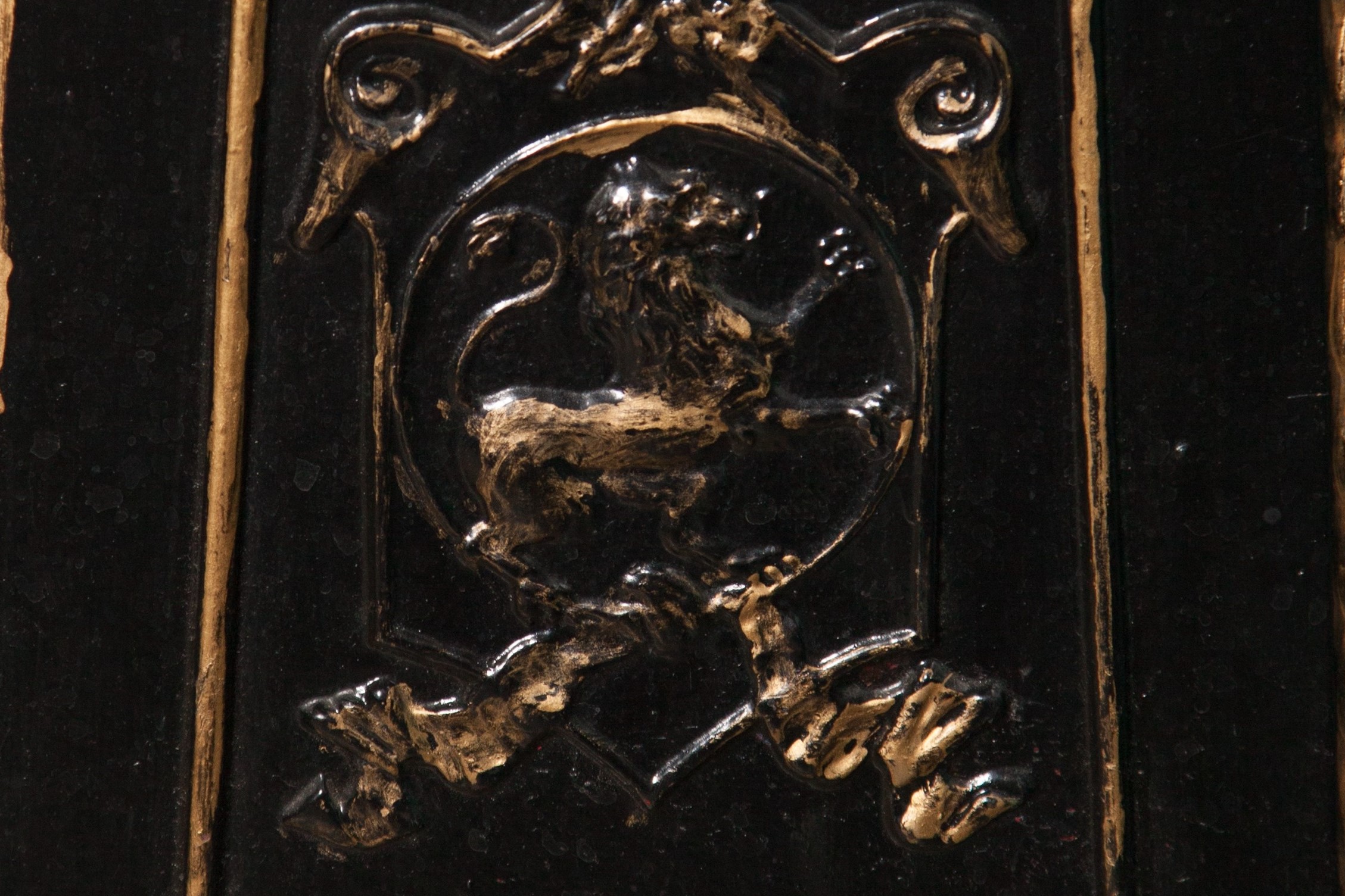 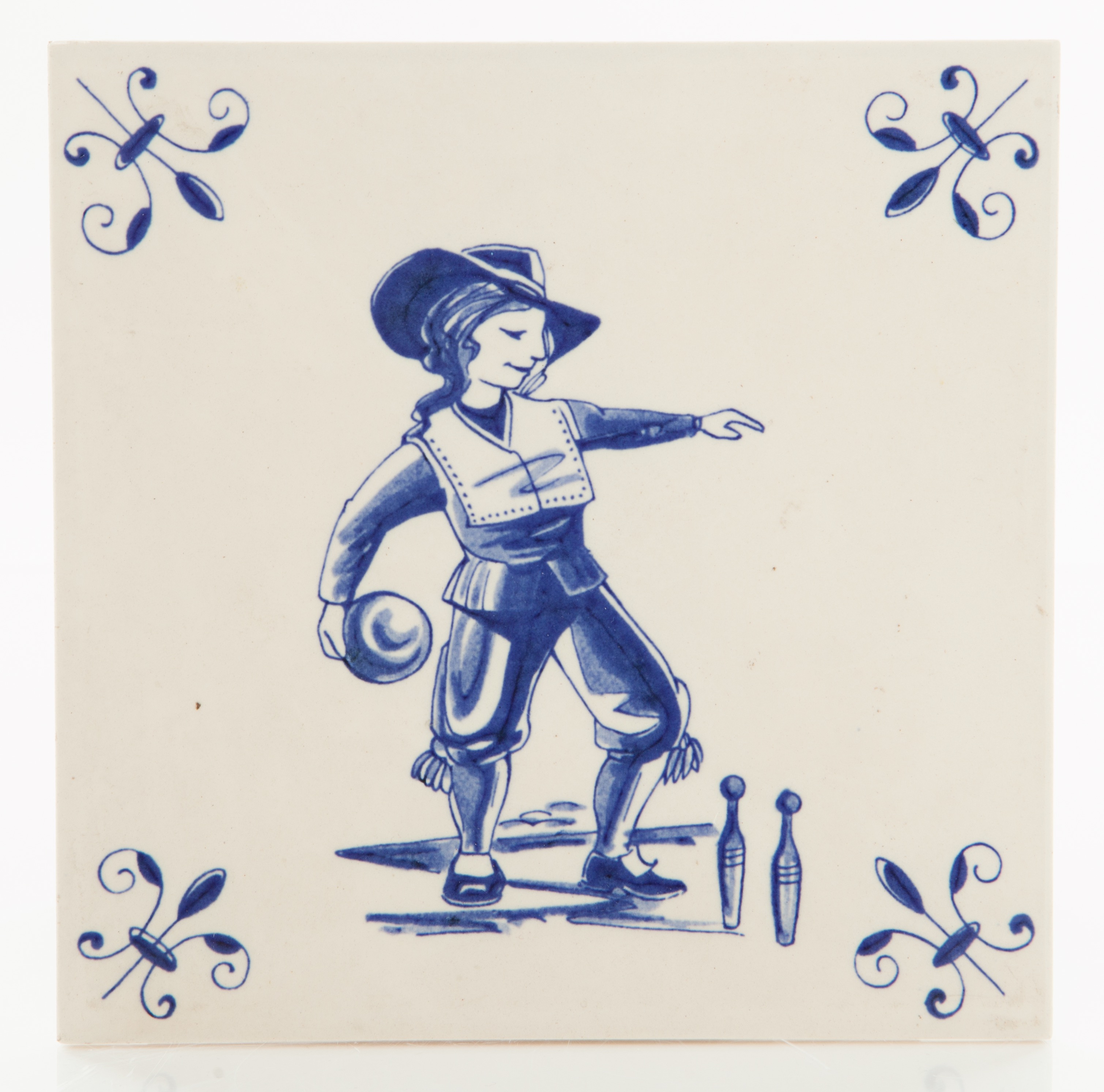 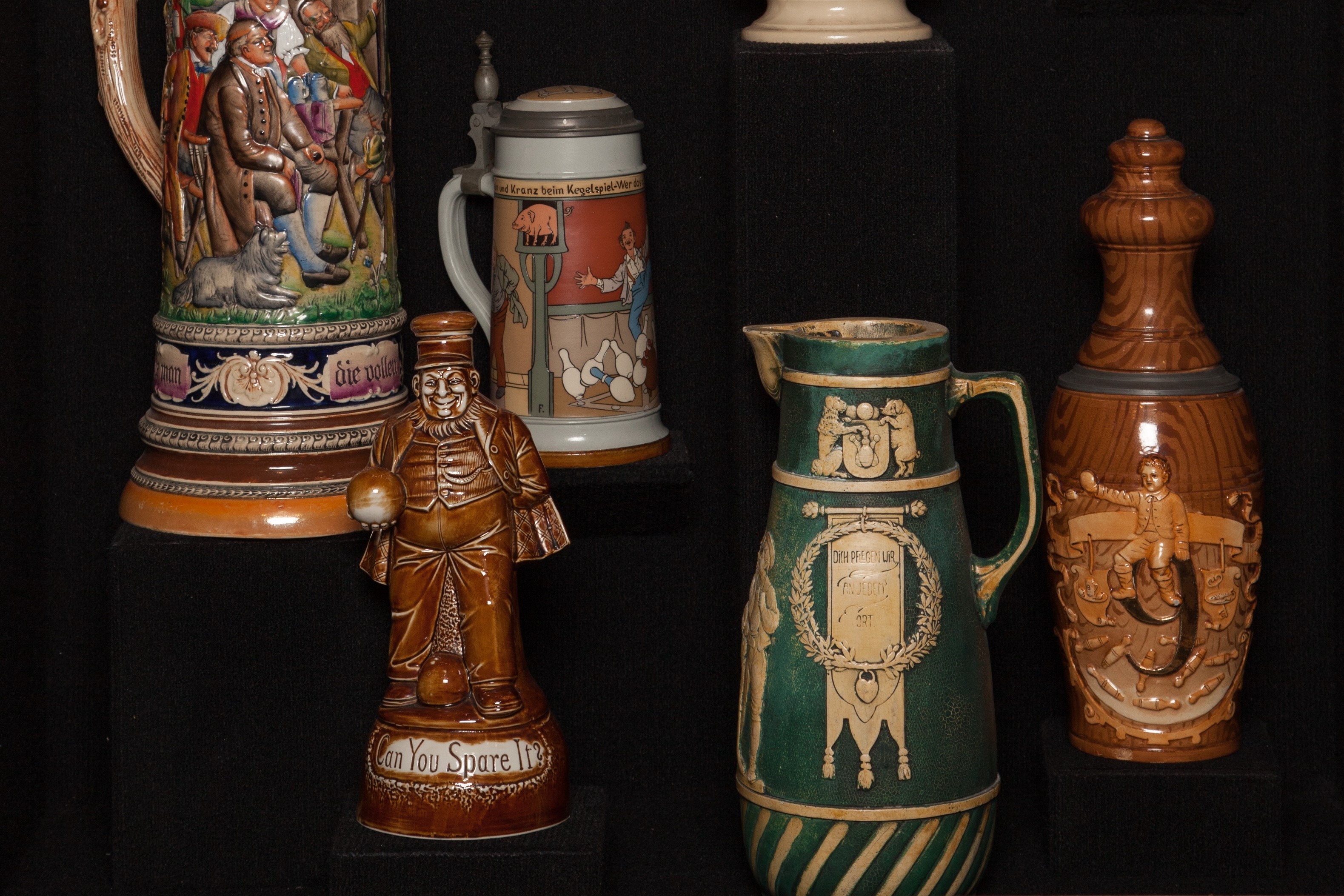