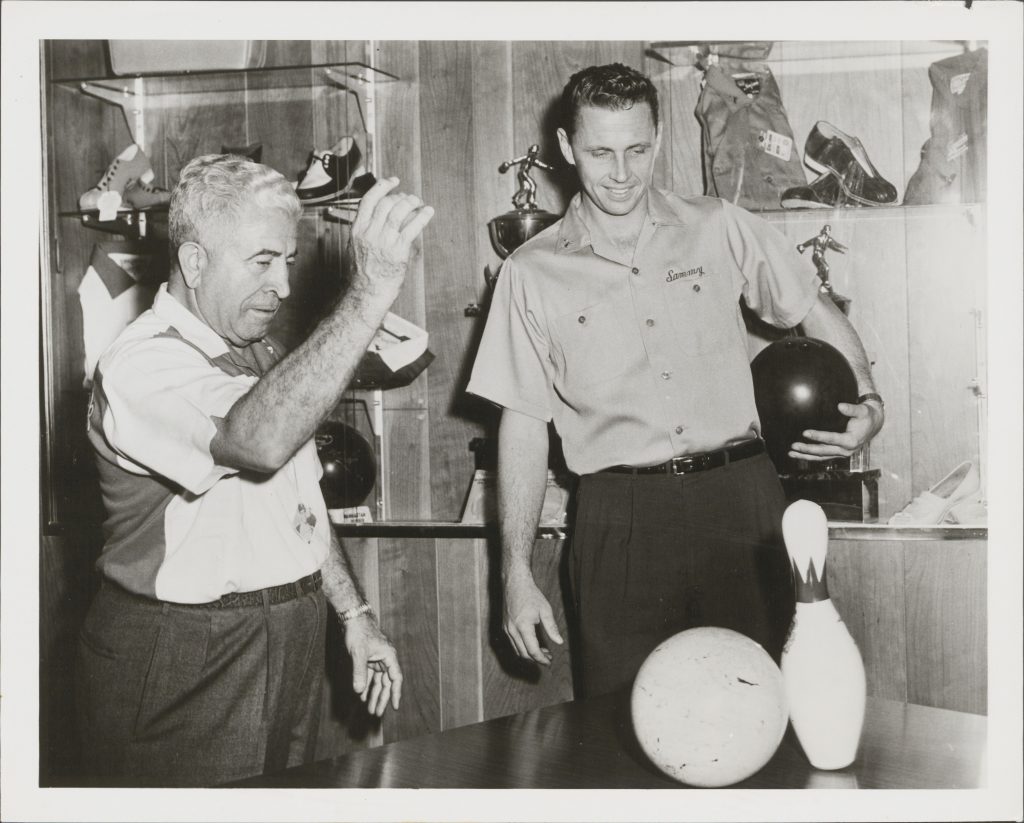 During its golden age, even baseball players took up bowling! Red Sox catcher Sammy White opened Brighton Bowl in Boston in August 1960. It was outfitted with 38 lanes, top-of-the-line Brunswick equipment, a 100-seat cocktail lounge, a snack bar, a fully staffed nursery and a Brunswick Pro Shop. Andy Varipapa attended the opening of the sparkling new alley and had a few pointers for the baseball star. 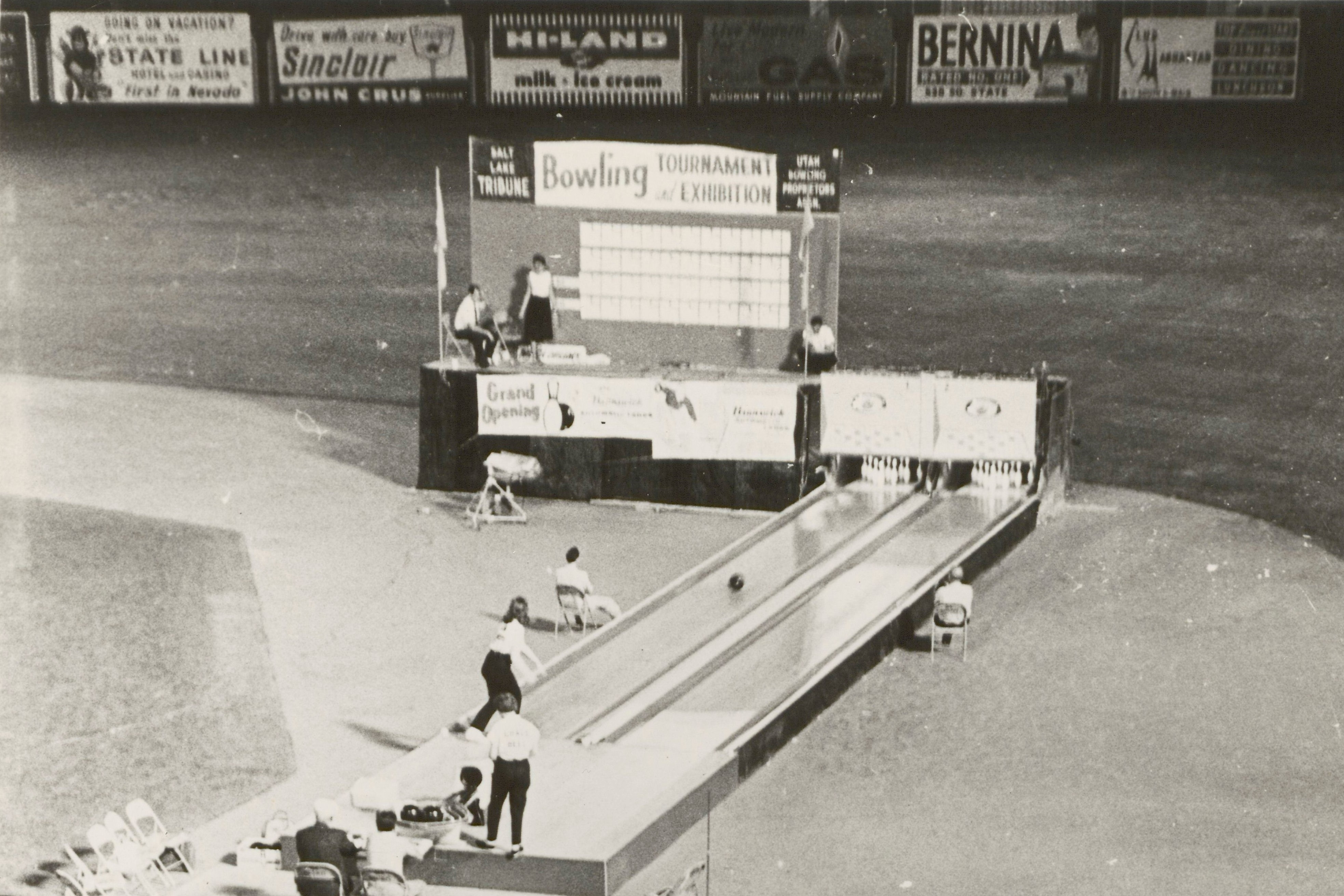 ROUND FIRST FOR THE STRIKE
item 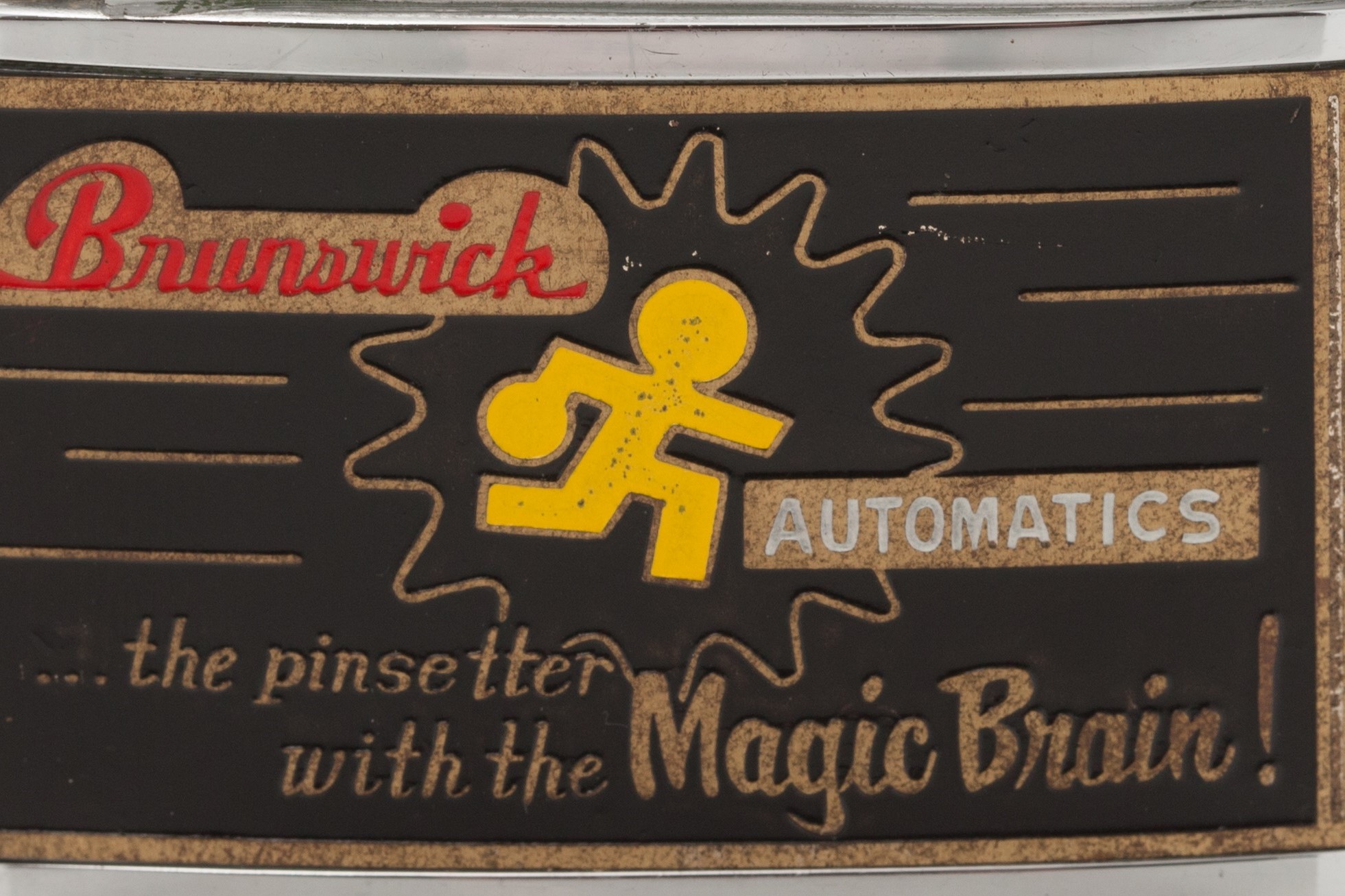 THE BRAINS AT BRUNSWICK
item 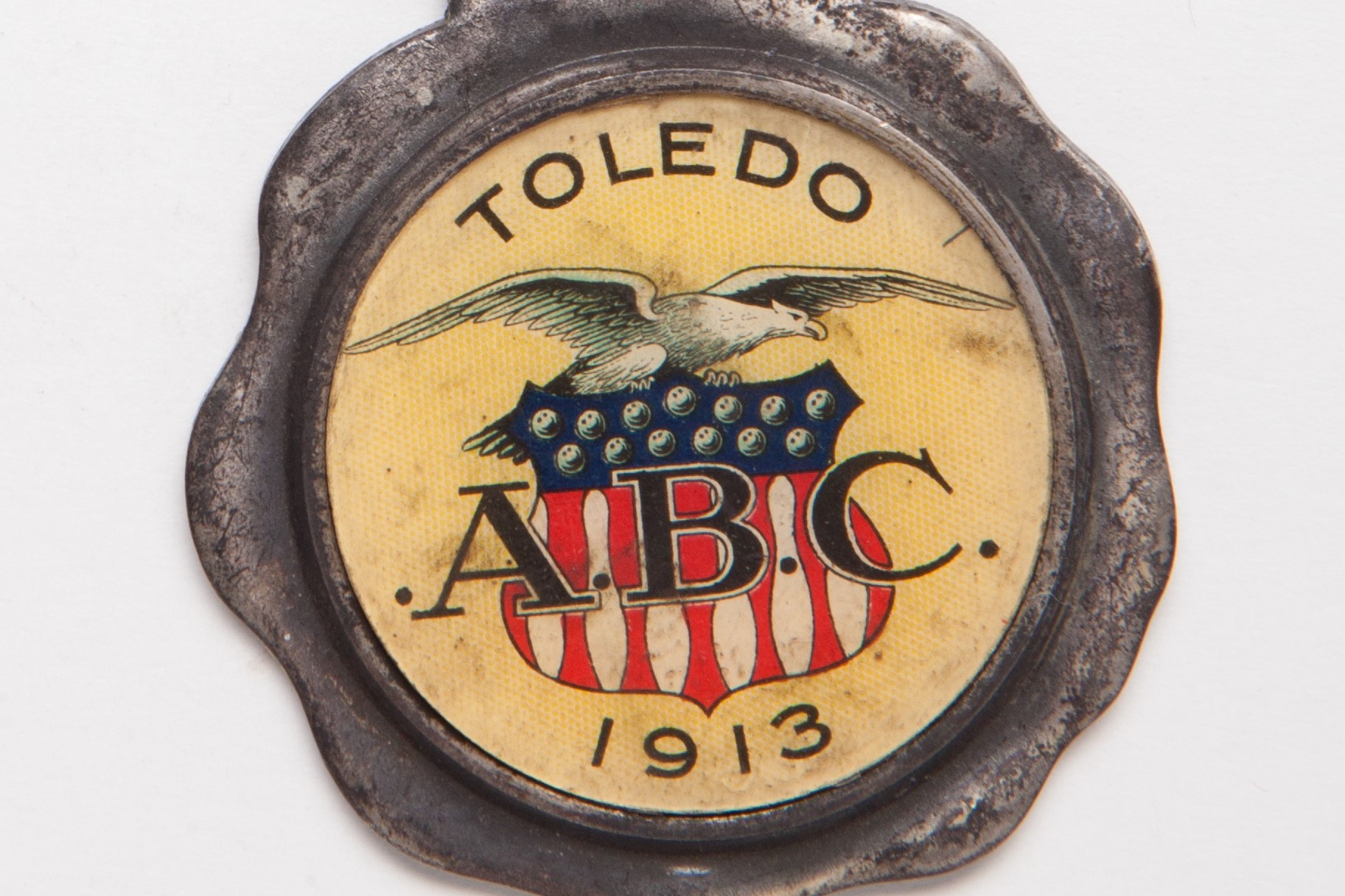 BOWLERS AND A BASEBALL PLAYER IN TOLEDO
item