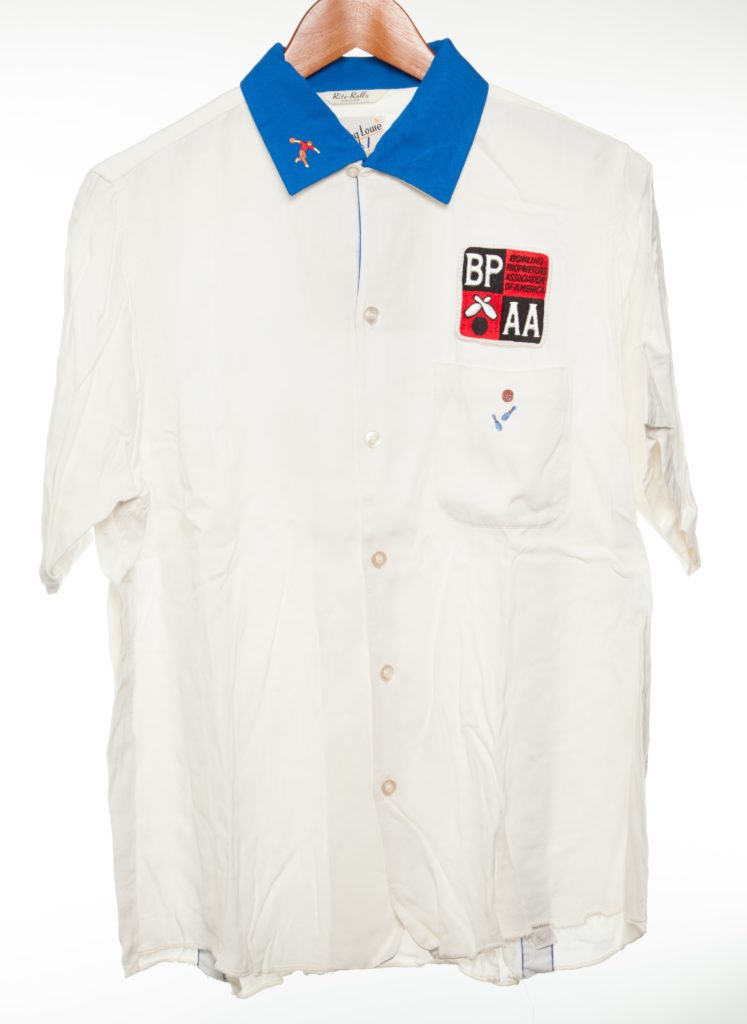 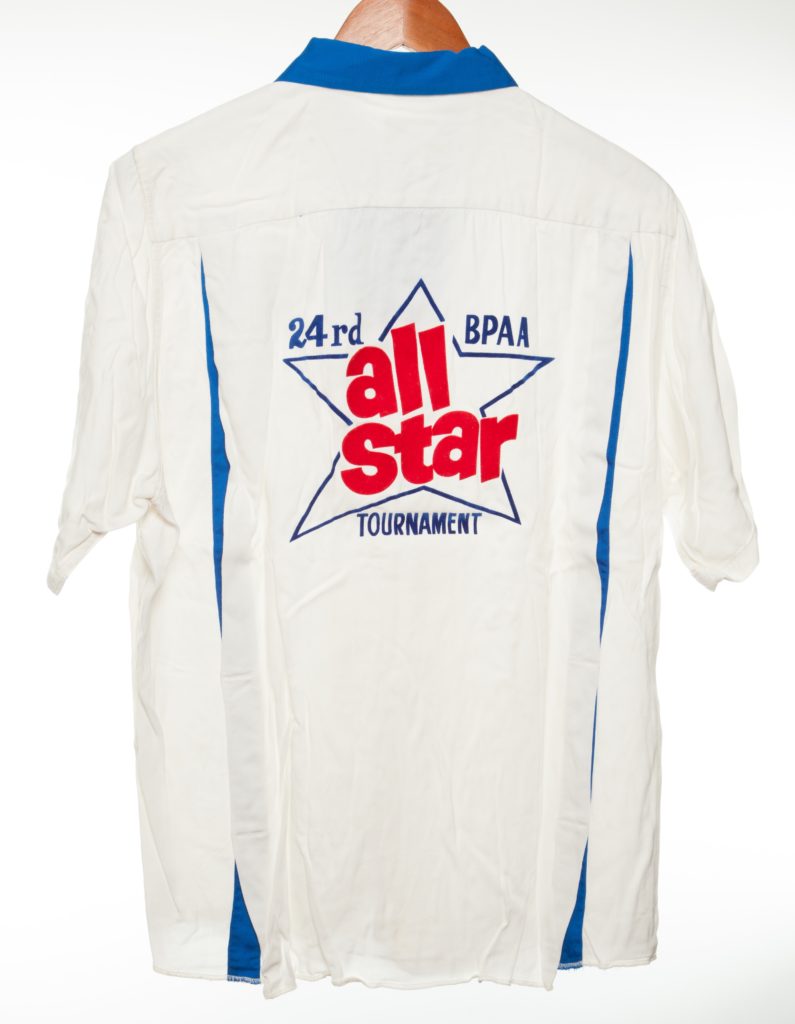 The 24th Bowling Proprietor’s Association of America (BPAA) All-Star tournament was held in January 1965 in Philadelphia, Pennsylvania. Bowlers Dick Weber and Ann Slattery were the menâ€™s and womenâ€™s winners when the tournament concluded on January 24. Itâ€™s difficult to imagine bowling without automatic scoring, but for years official scorekeepers like the one who wore this shirt were vital to keep the game moving smoothly. Automatic scoring technology was introduced in 1967 with the release of the Brunswick Automatic Scorer. The first automatic scorer was installed at Village Lanes in Chicago, Illinois, in November 1967, but it would be several years before the technology was widespread. Watch a video!