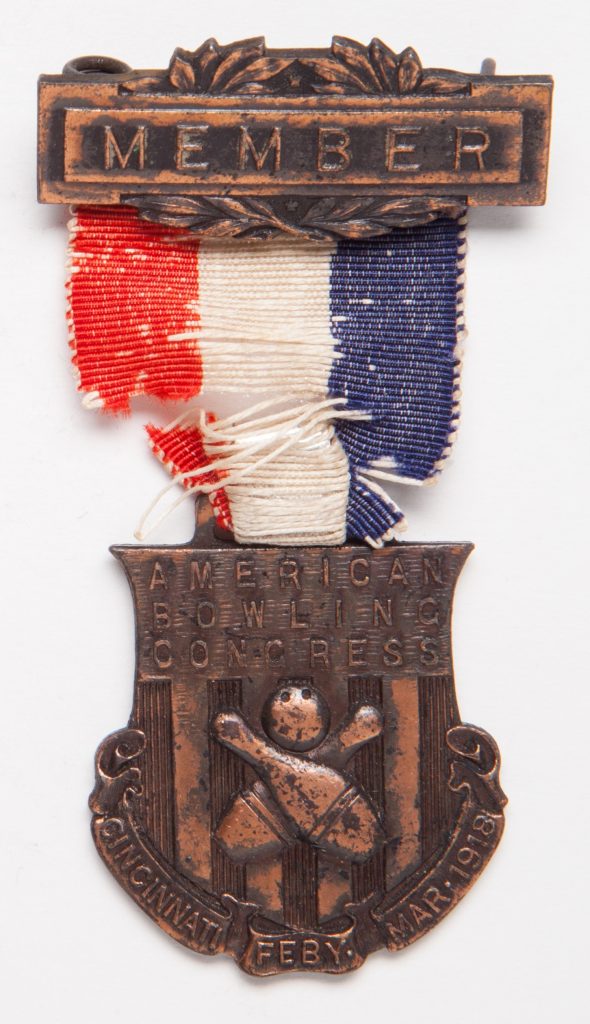 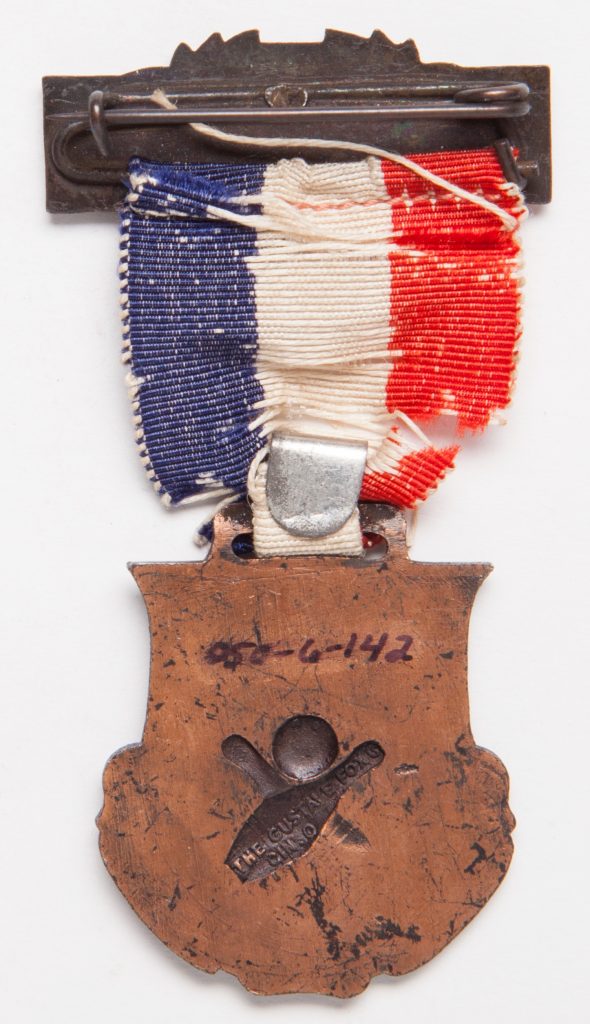 The 1918 American Bowling Congress tournament in Cincinnati was the site of protest when temperance supporters objected to Hamilton County issuing a temporary saloon license to the ABC for the distribution of beer during the tournament. There is no indication that the license was revoked in 1918, though the bowlers’ beer-drinking days were numbered. At the time, both houses of Congress had already passed the 18th Amendment, which would ultimately be ratified by the states in January 1919. 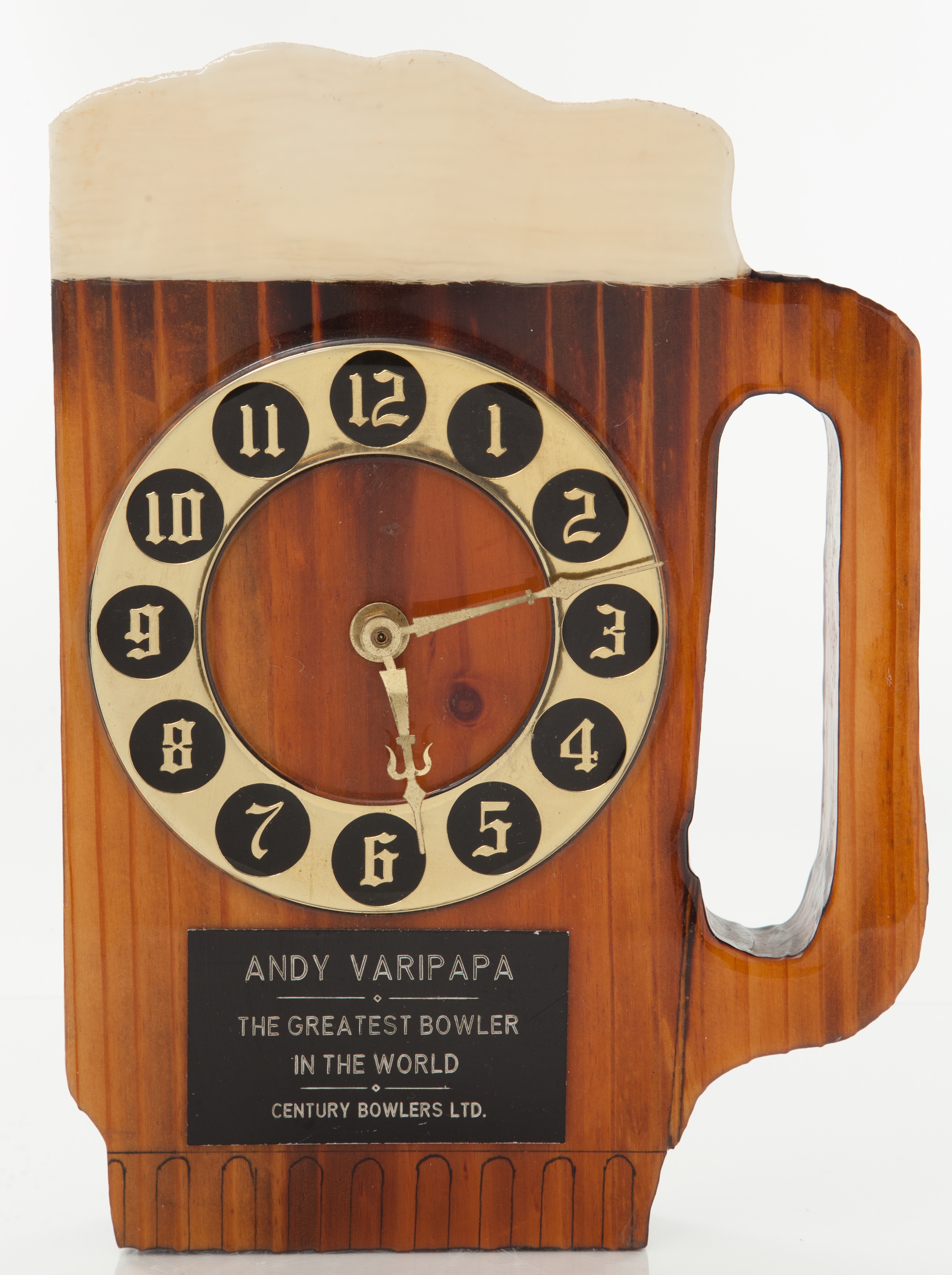 GREATEST BOWLER IN THE WORLD
item 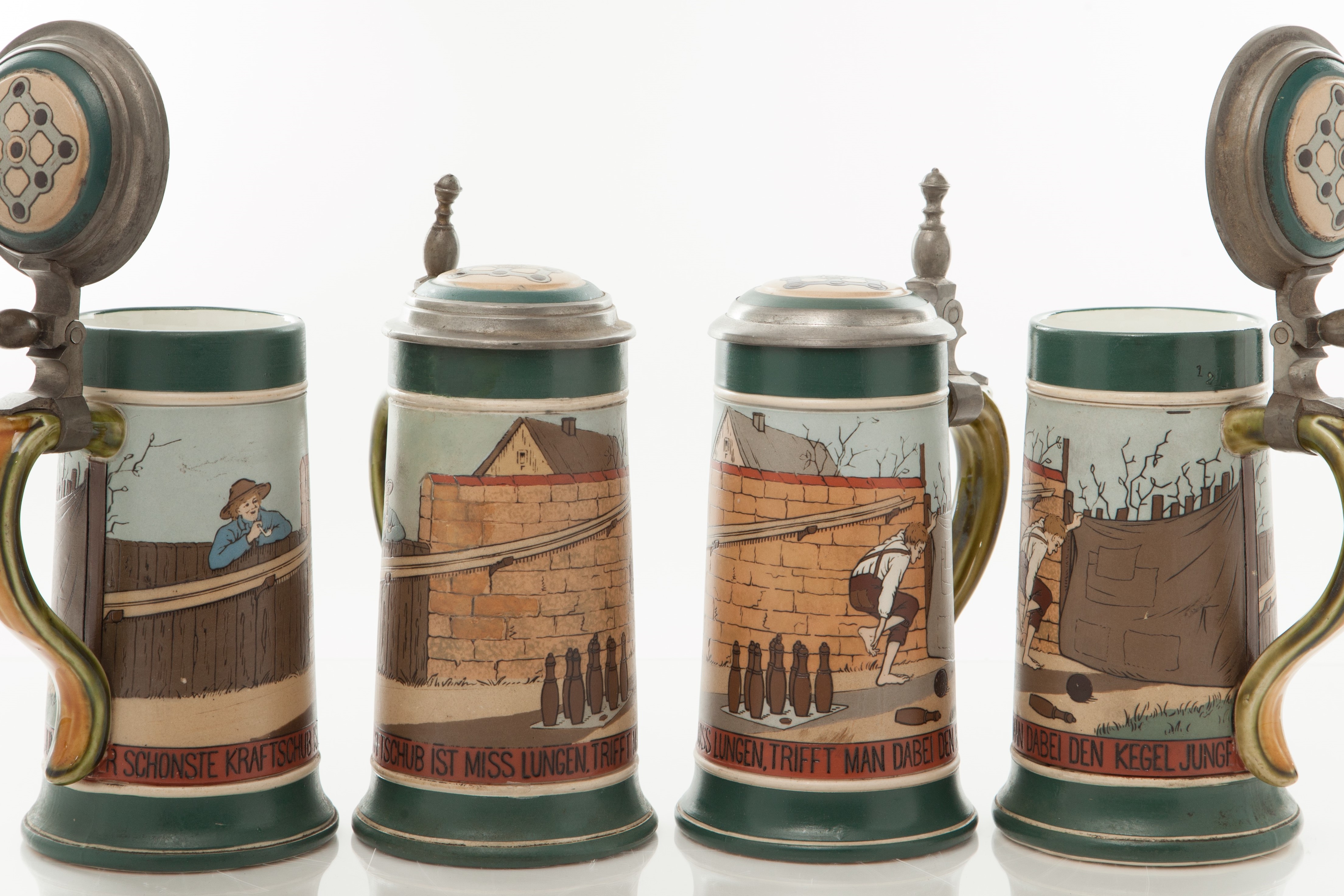 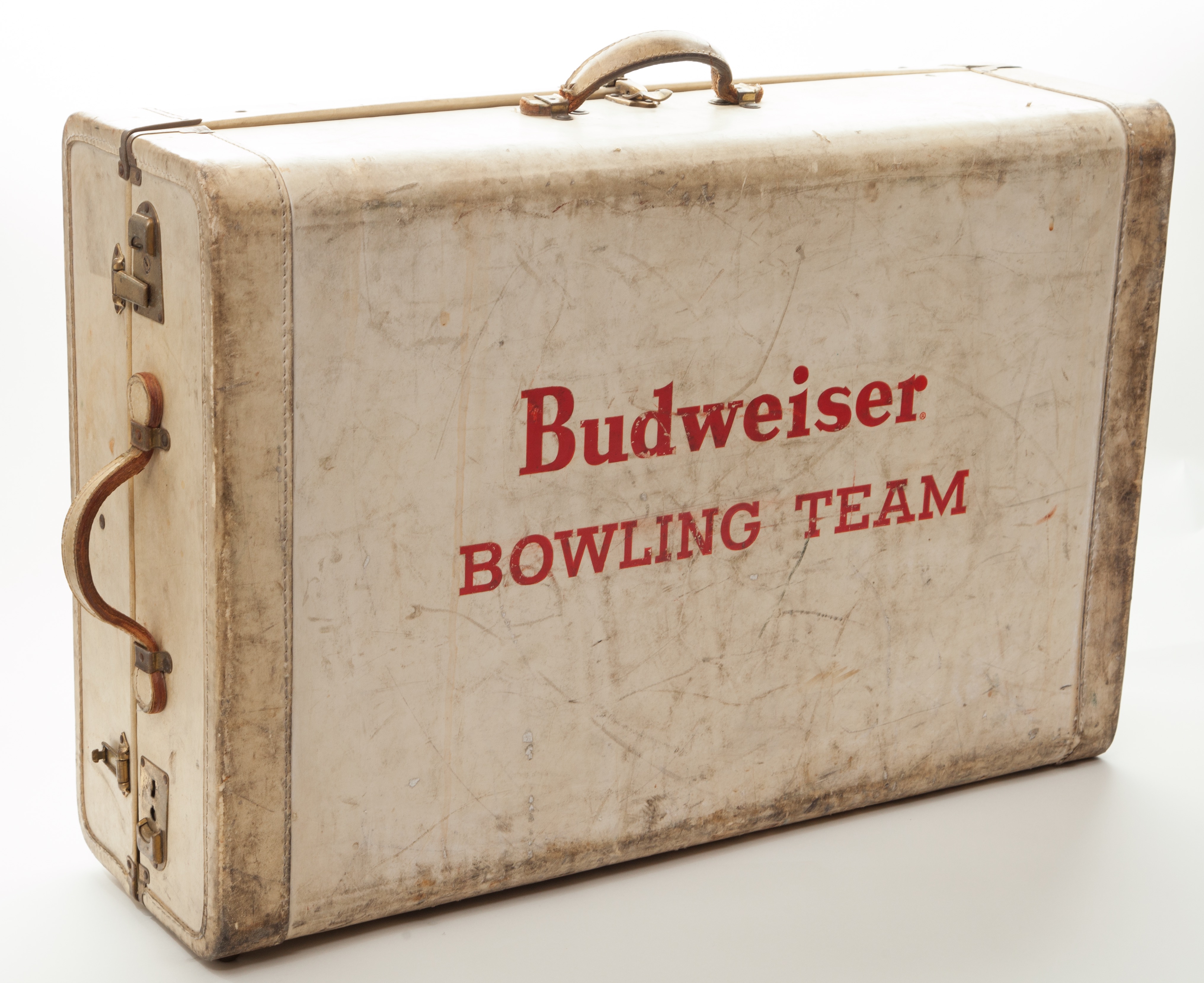