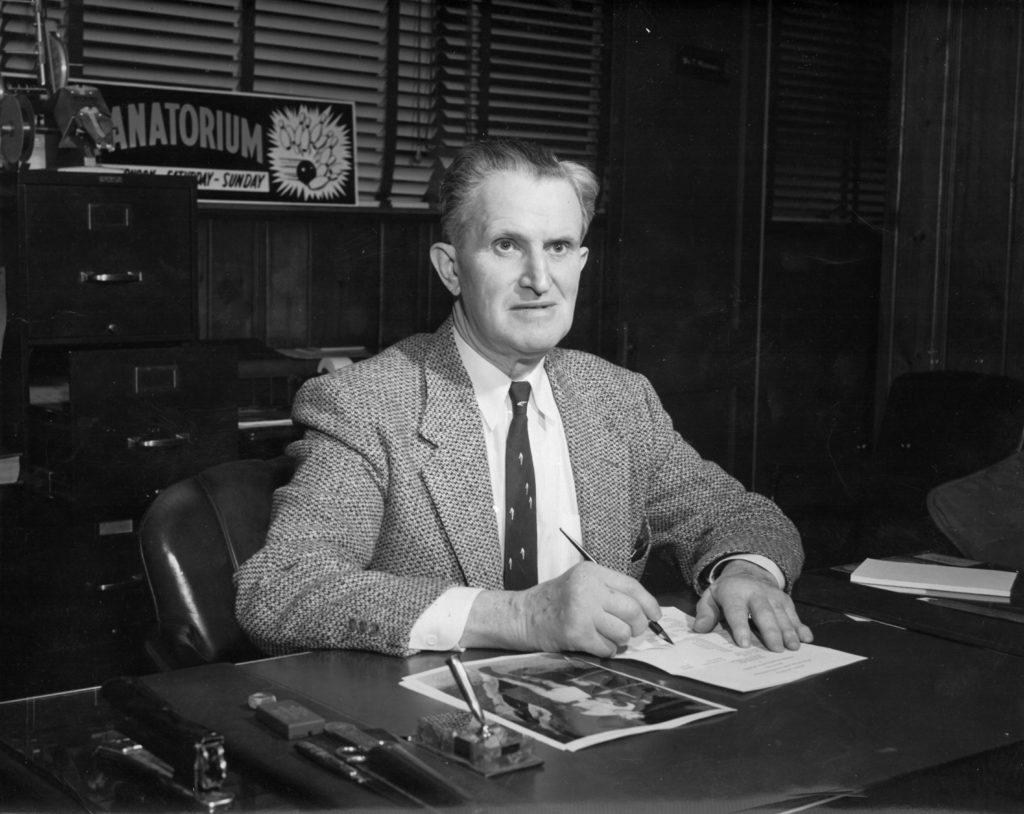 Bill Morrissey was Marion Ladewig’s coach and general manager throughout her bowling career. The two met in the mid-1930s when Ladewig played shortstop for a softball team sponsored by Morrissey, a local sports promoter. Impressed by her throwing arm and errorless play, Morrissey convinced Ladewig to give bowling a try at his Fanatorium bowling center – the rest is history. “Anyone could have become a good bowler if they had a Bill Morrissey,” Ladewig said. Recalling a special moment with her coach, she went on: “Once, in the [1951] All-Star, when I won the women’s championship by averaging 211 – two pins higher than Junie McMahon averaged as he won the men’s title – Bill met me as I came off the lanes and said, ‘I don’t know how you do it.'” Morrissey passed away in 1966, two years after Ladewig’s retirement. 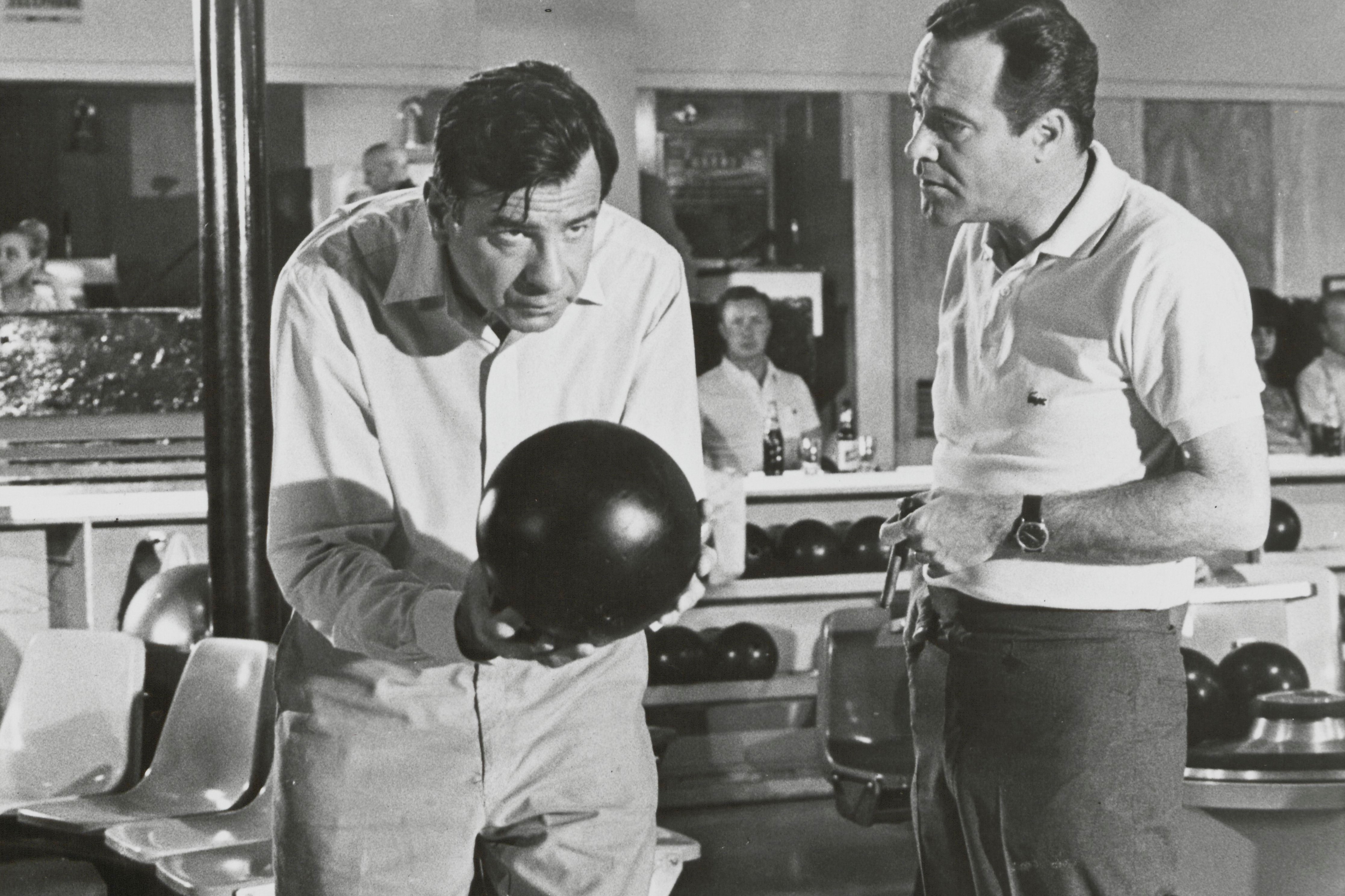 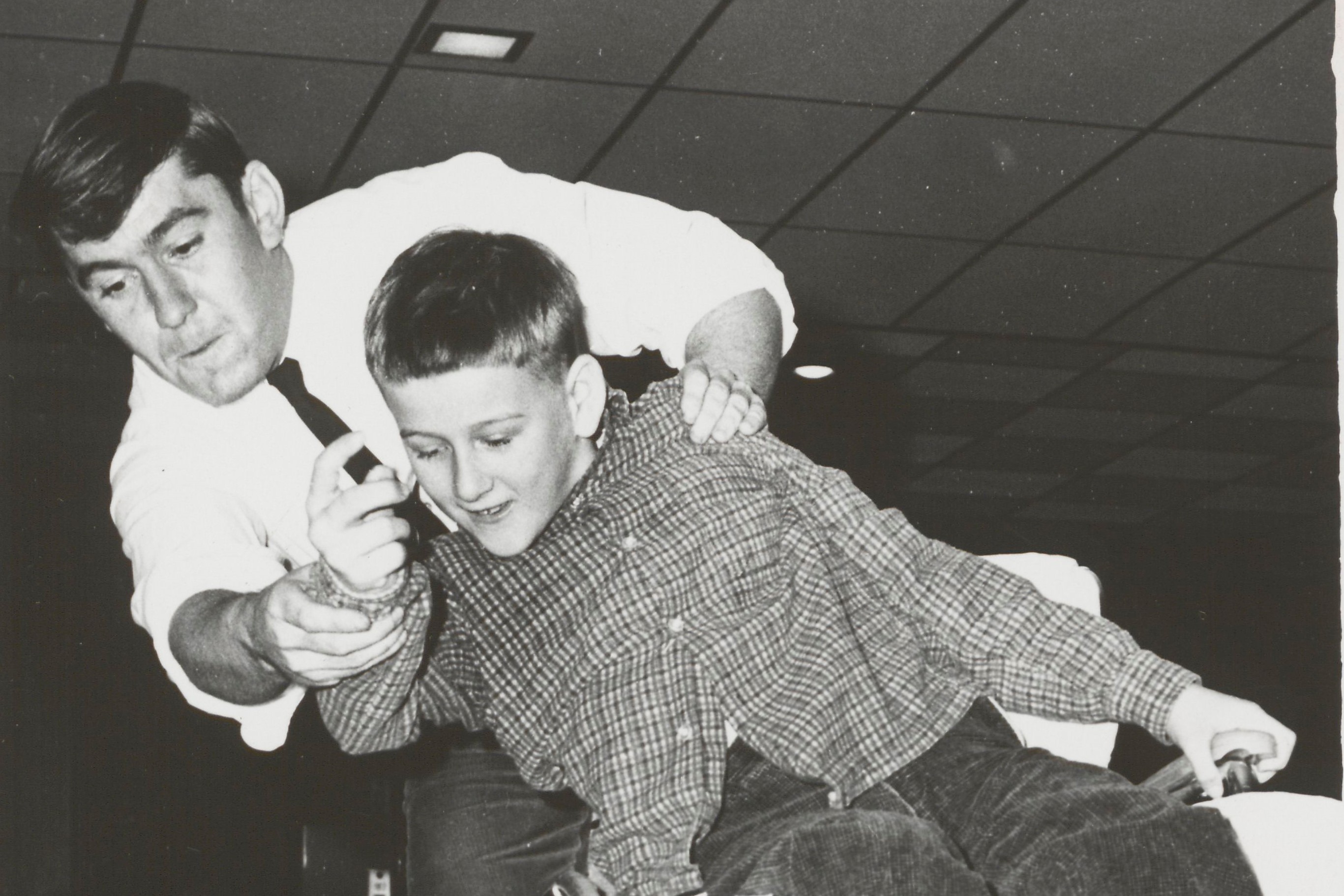