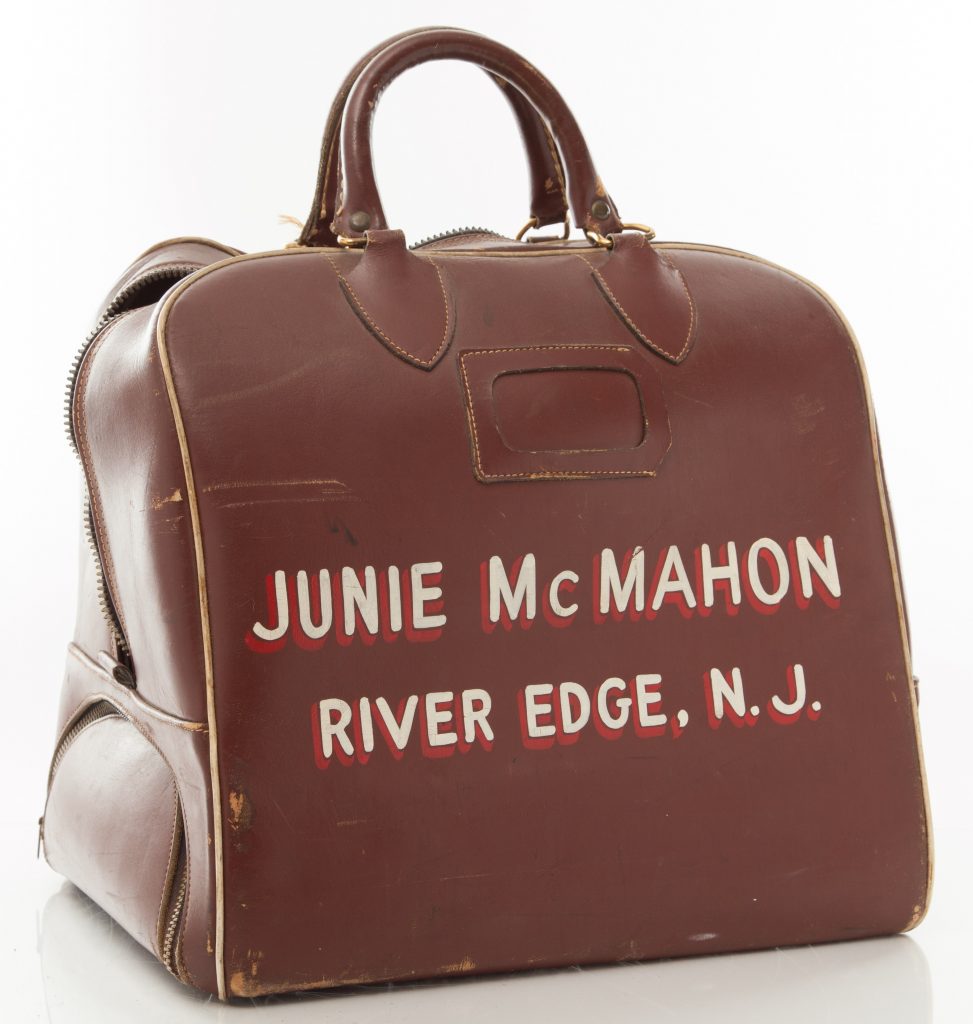 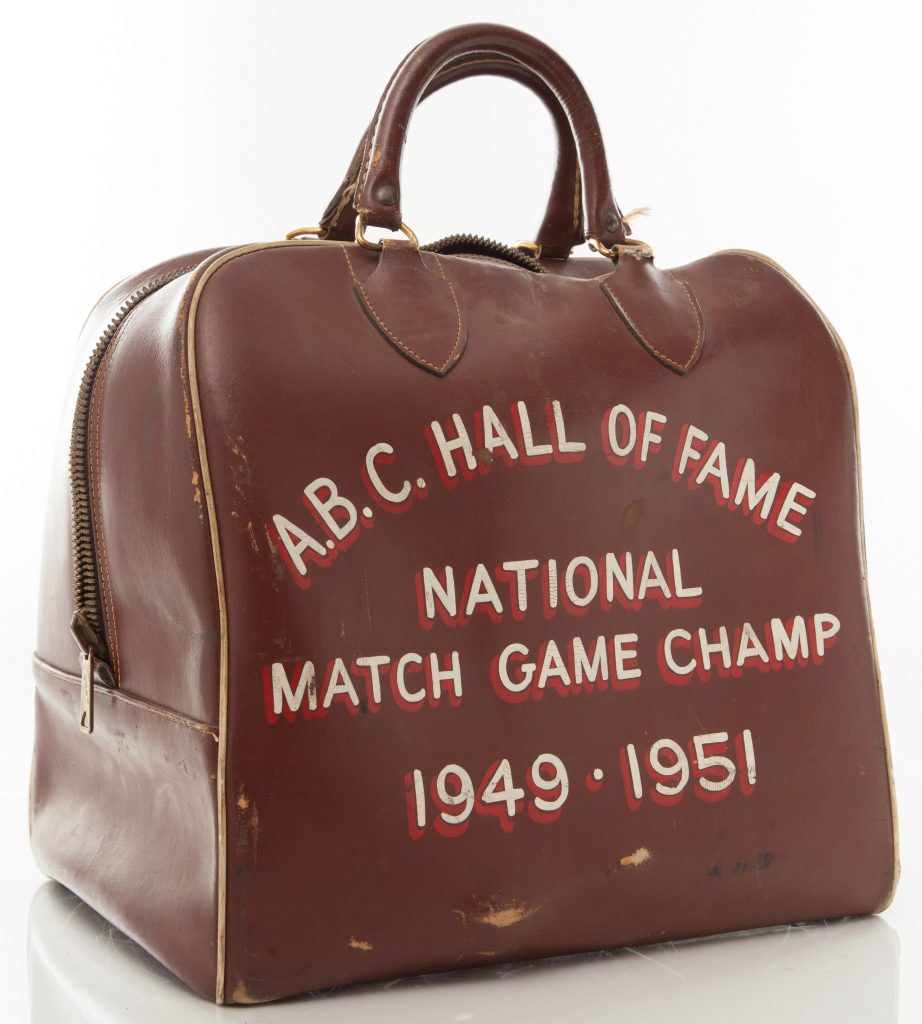 James “Junie” McMahon was an early star of American bowling. He dominated at his first tournament in 1937, when he began a streak of rolling 1,800 or an astounding six perfect games in a row. This bag commemorated his second victory as the American Bowling Congress (ABC) National Match Game champion in 1951. Four years later, he was inducted into the ABC Hall of Fame for Superior Performance. 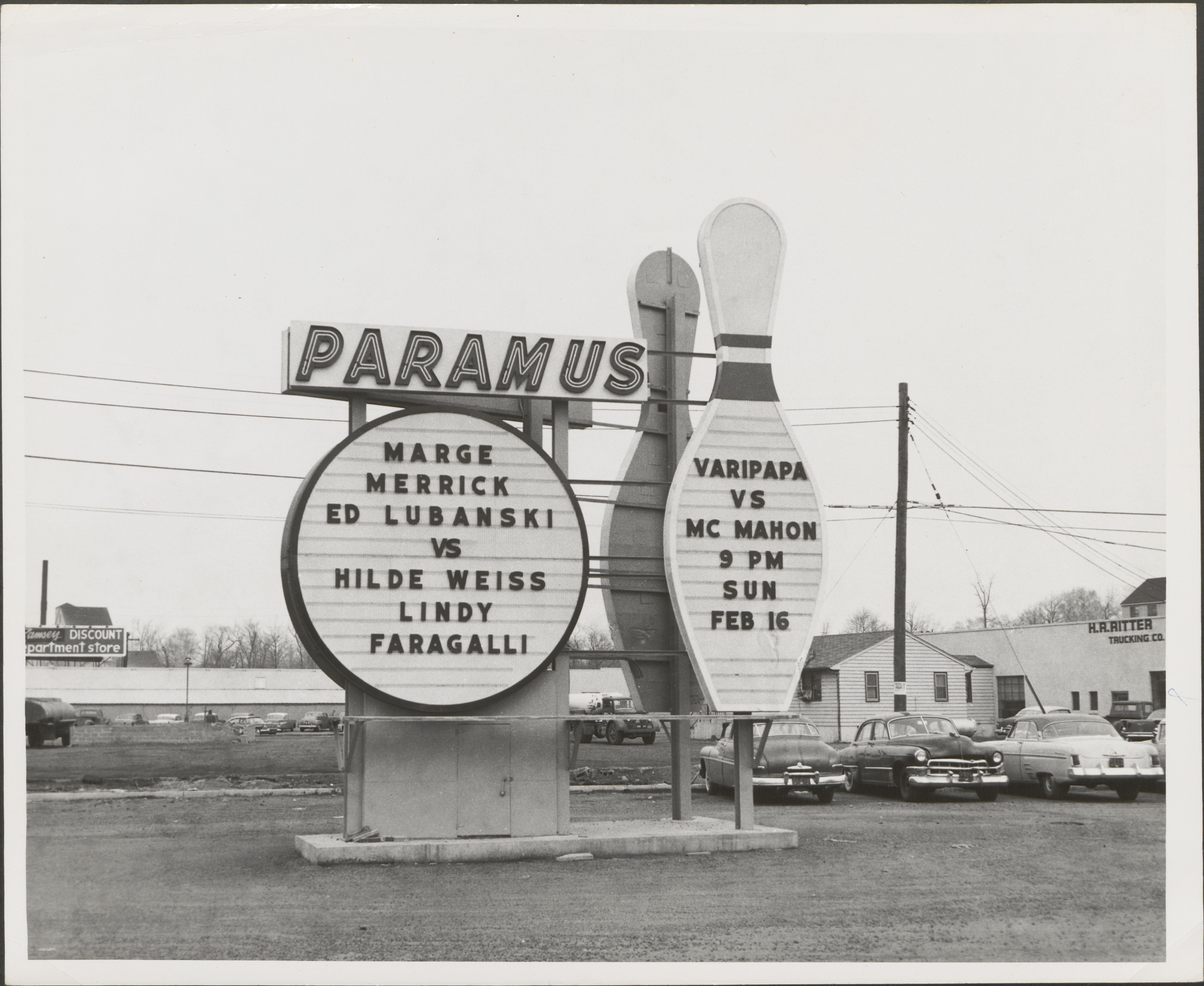 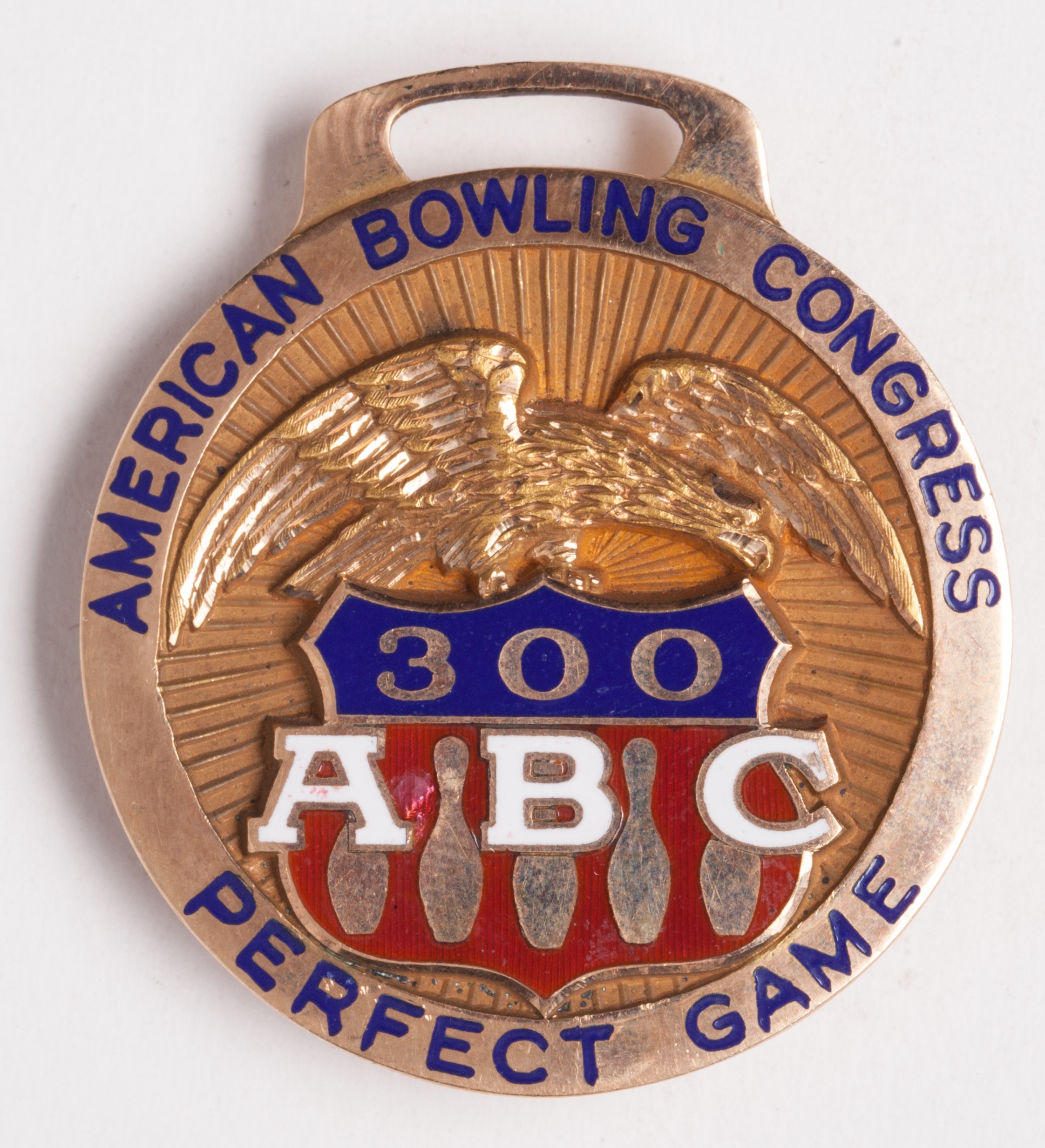 KEEPING UP WITH KRUMSKE
item