VETS ON THE WHITE HOUSE LANES 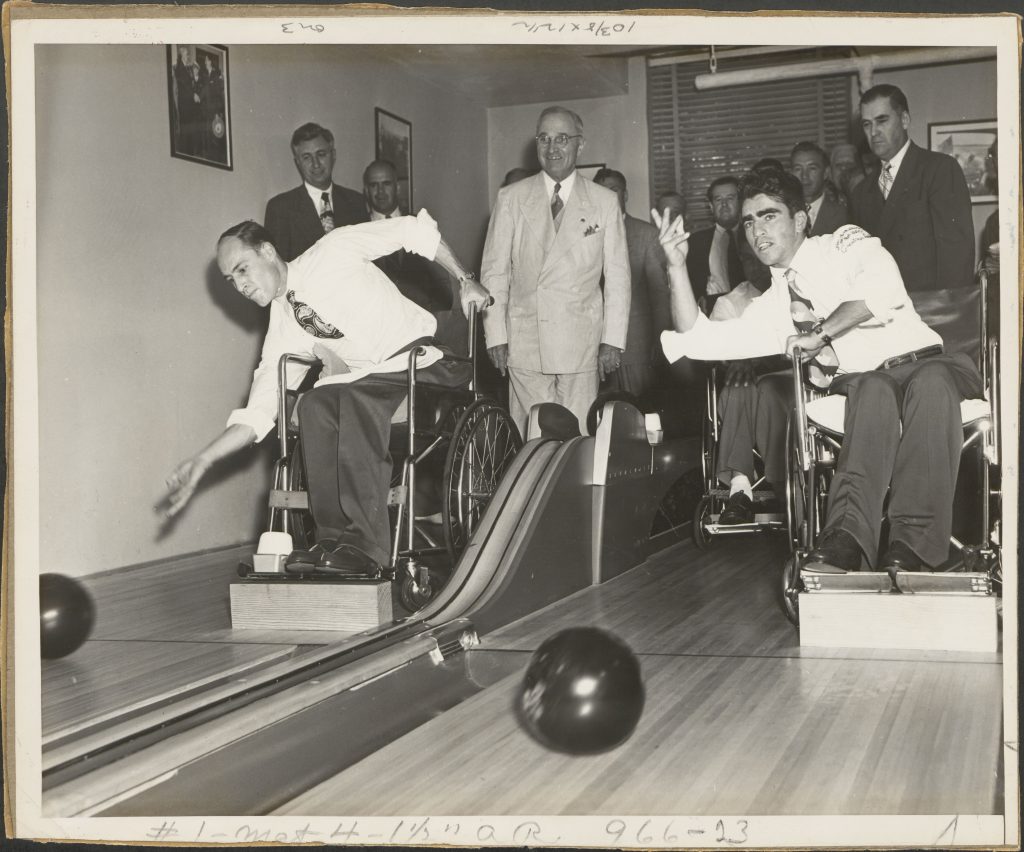 President Harry S. Truman hosted three paraplegic World War II veterans for a demonstration at the White House bowling alley. Bowling was suggested to wounded veterans for its physical and mental benefits. The veterans showed the president how they conquered the lanes from their chairs. Truman was not much of a bowler, and he told the guests to bowl for as long as they liked. The event, organized by the Bowlers Victory Legion (BVL), was also attended by officials and medical professionals from the United States Department of Veterans Affairs. 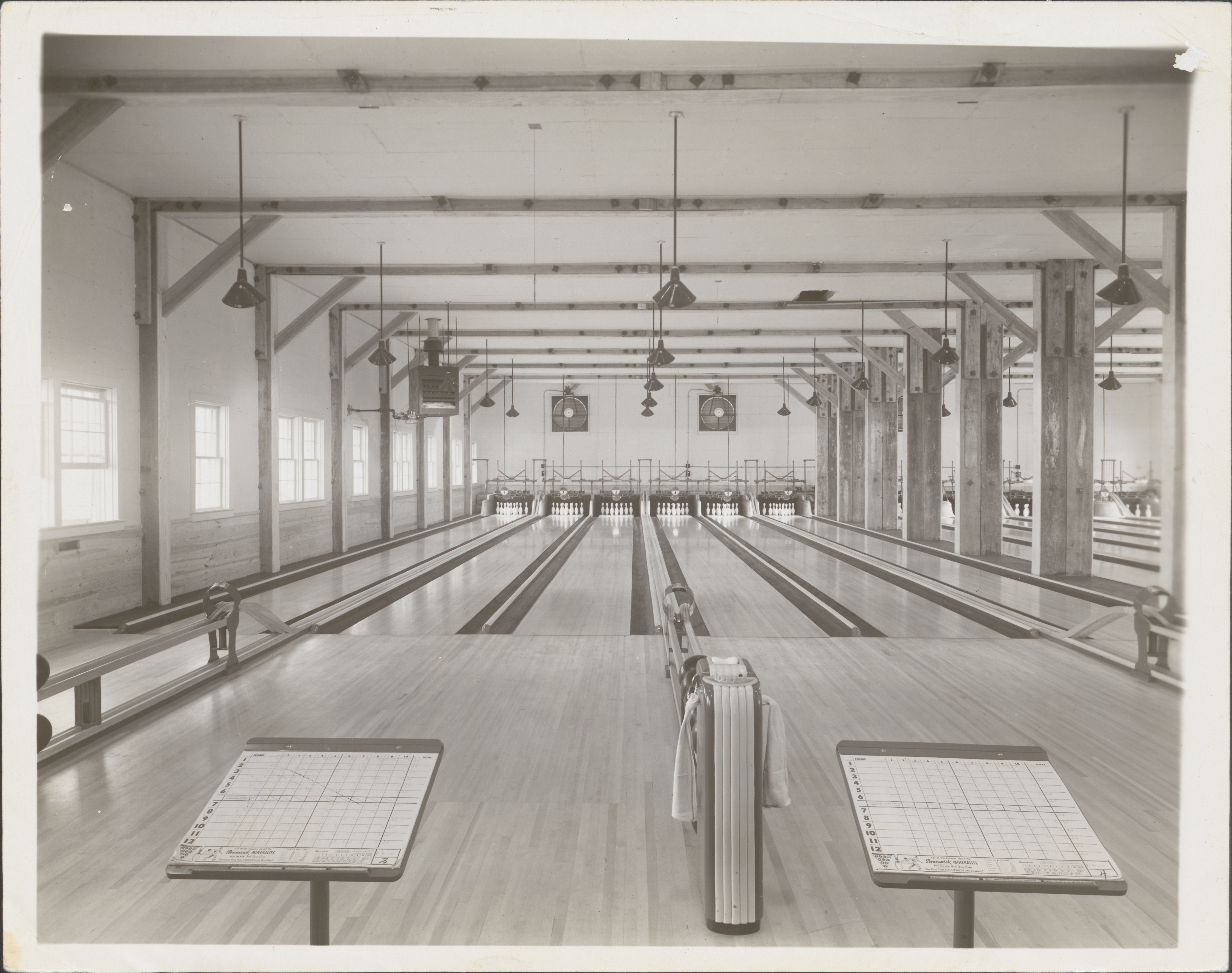