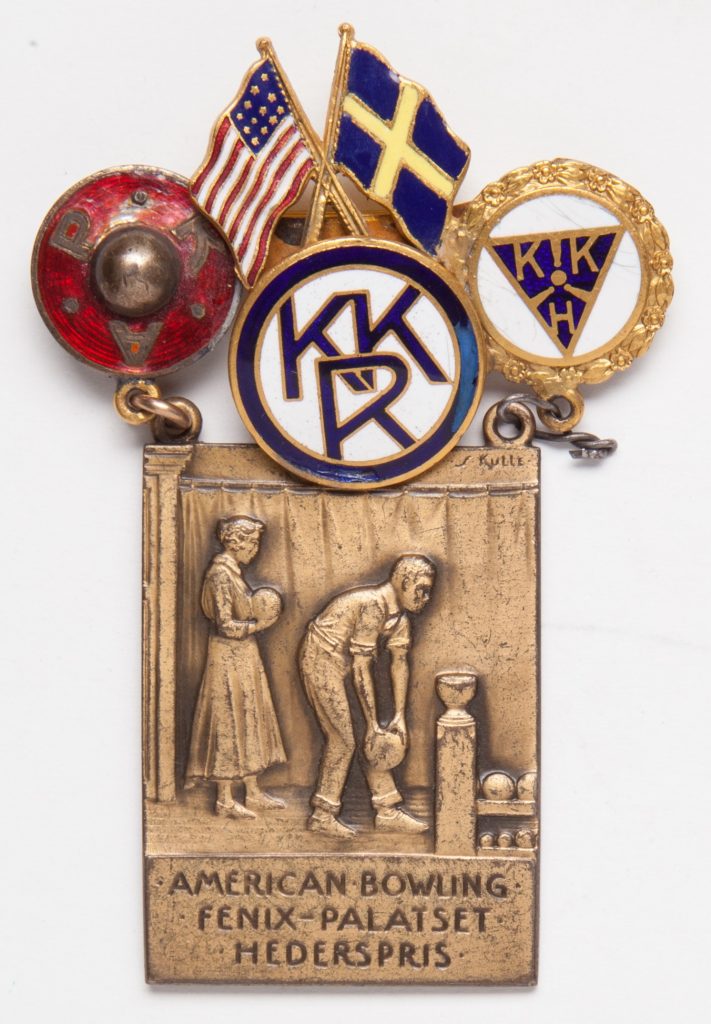 Joe Thum was known as the father of international bowling and was a leader of the sport in the United States. In 1929, Thum took 25 of the best American bowlers with him to Stockholm, Sweden, for the International Bowling Tournament. The Americans were split into five-man teams, and the American “white” team took home first place while the American “Syracuse” team took home second. Though the tournament was for men only, there is a female bowler pictured on the pin, alluding to the fact that women were no strangers to the lanes. 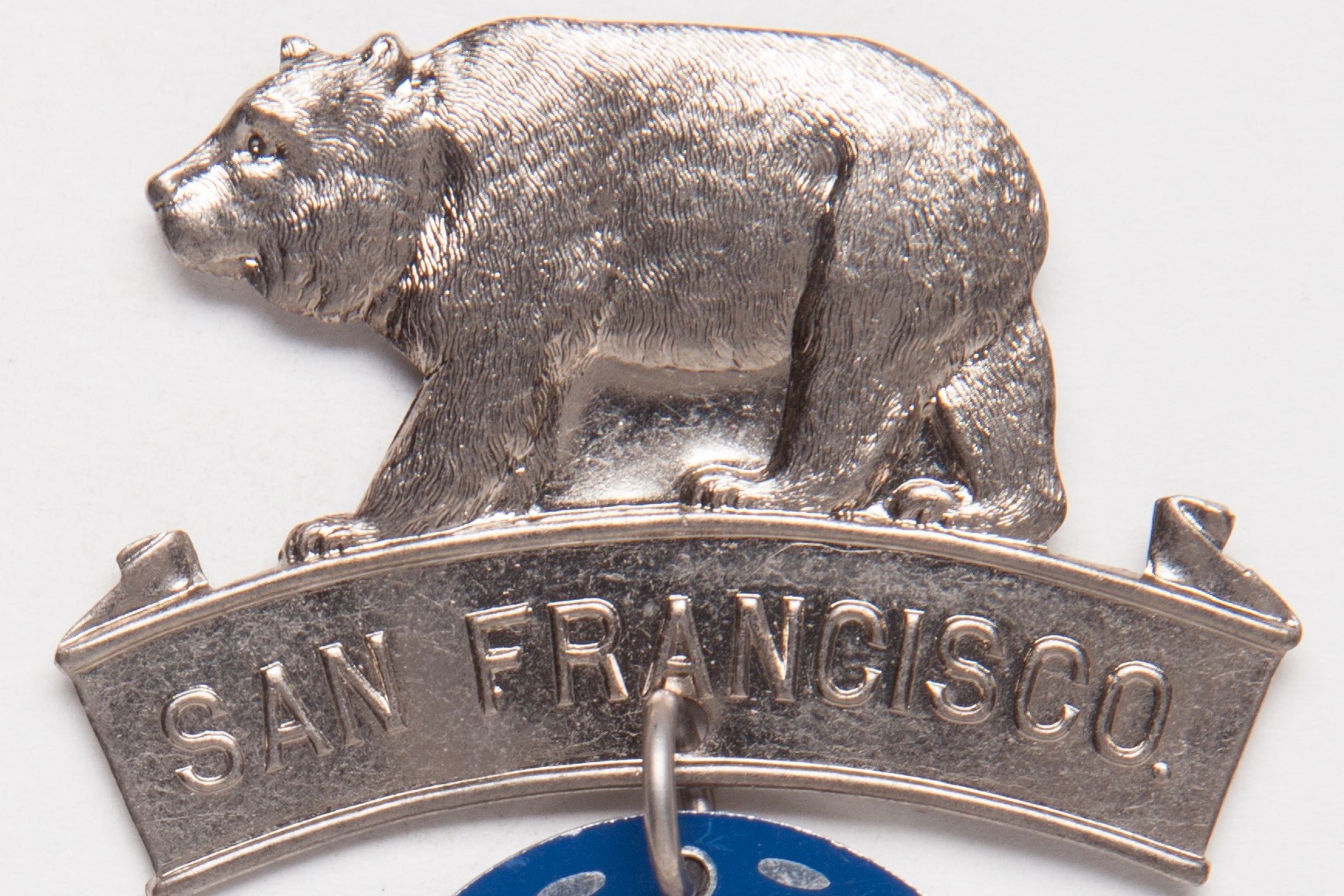 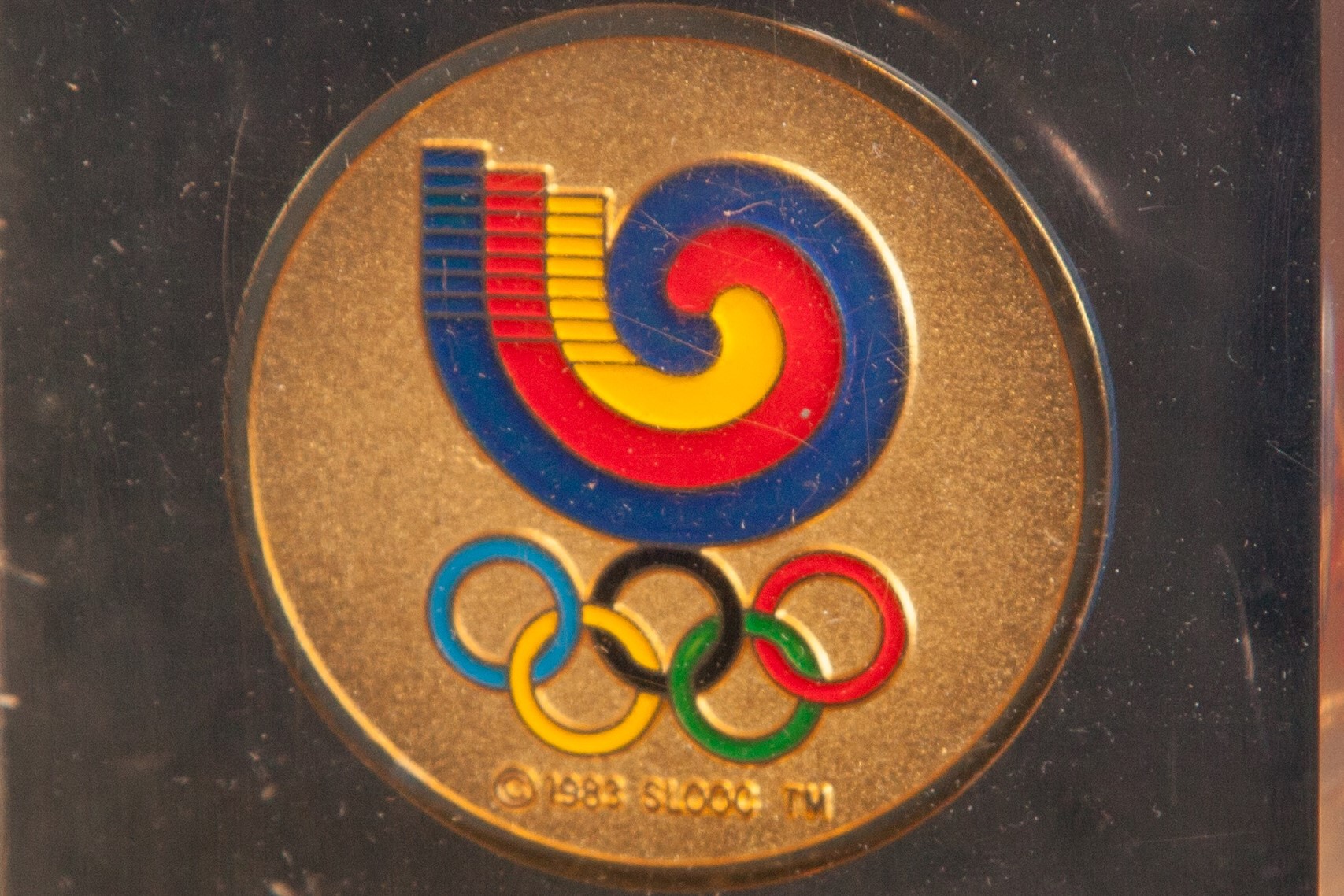 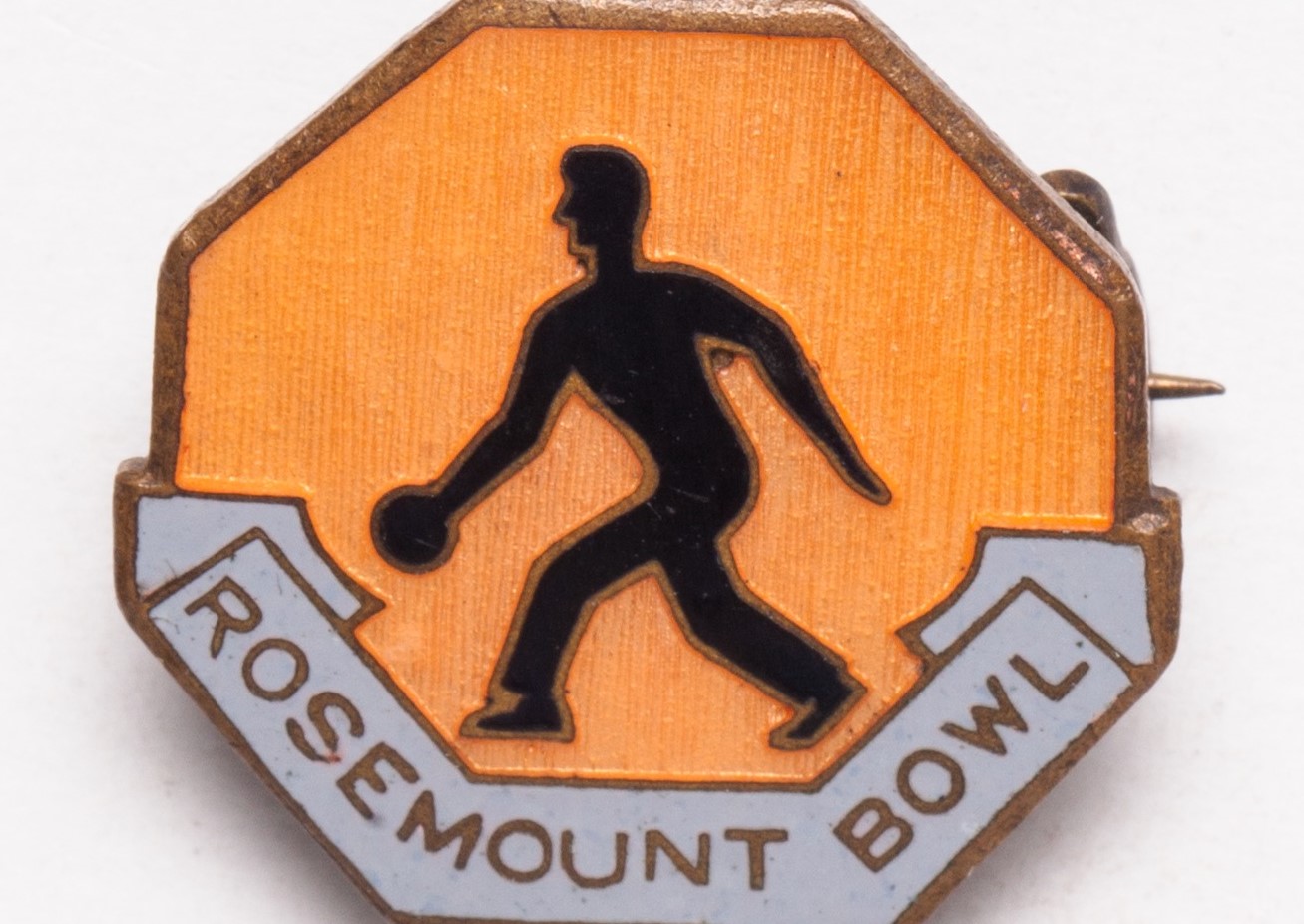 SHOW OFF YOUR SCORES
item