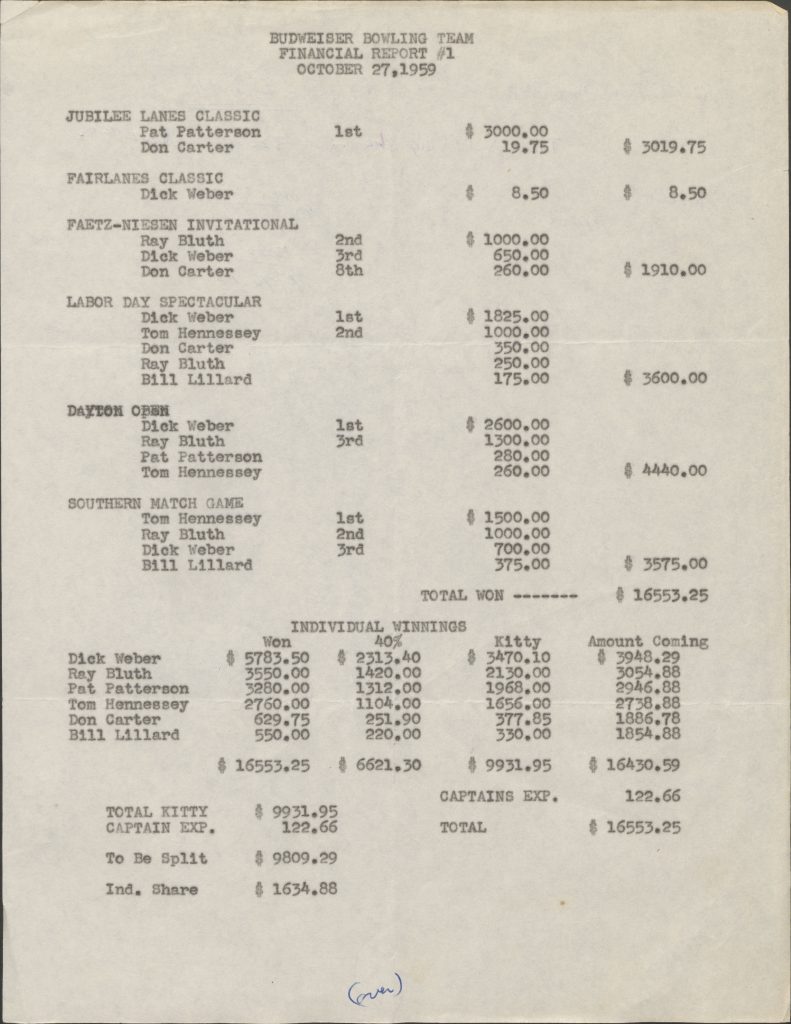 Despite being in its golden age, bowling trophies in the 1950s and 1960s did not guarantee large sums of money. The Budweisers squad, however, was among the most profitable teams in the sport. As this financial report shows, the team consistently racked up wins and prize money at tournaments nationwide. Dick Weber and Don Carter were two of the most high-earning bowlers competing, beefing up the group pot, which was distributed equally. Considering that a new Ford or Chevy sedan went for about $1,800 in 1959, the individual shares of $1,634.88 weren’t peanuts! 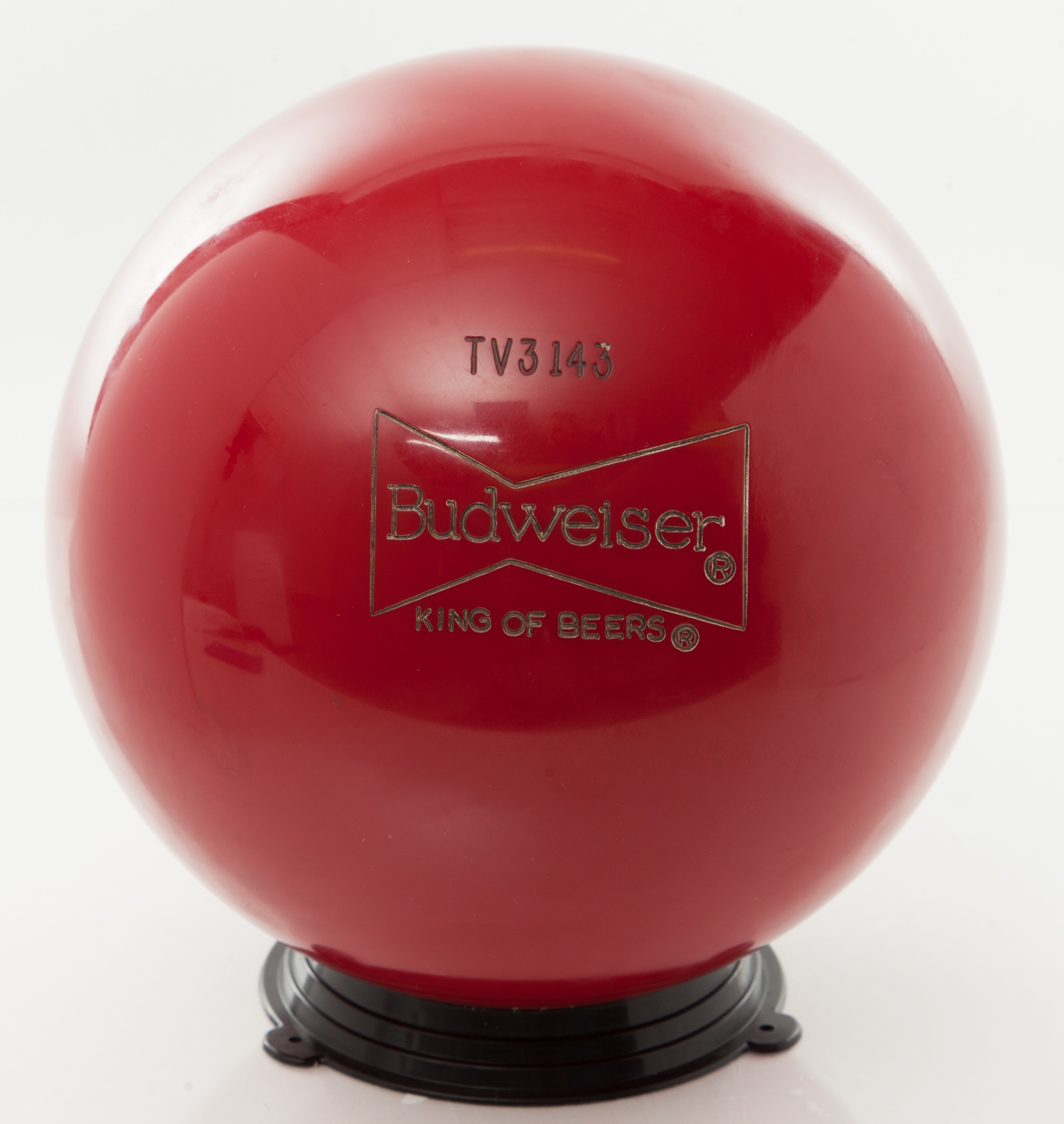 POURING IT ON
item 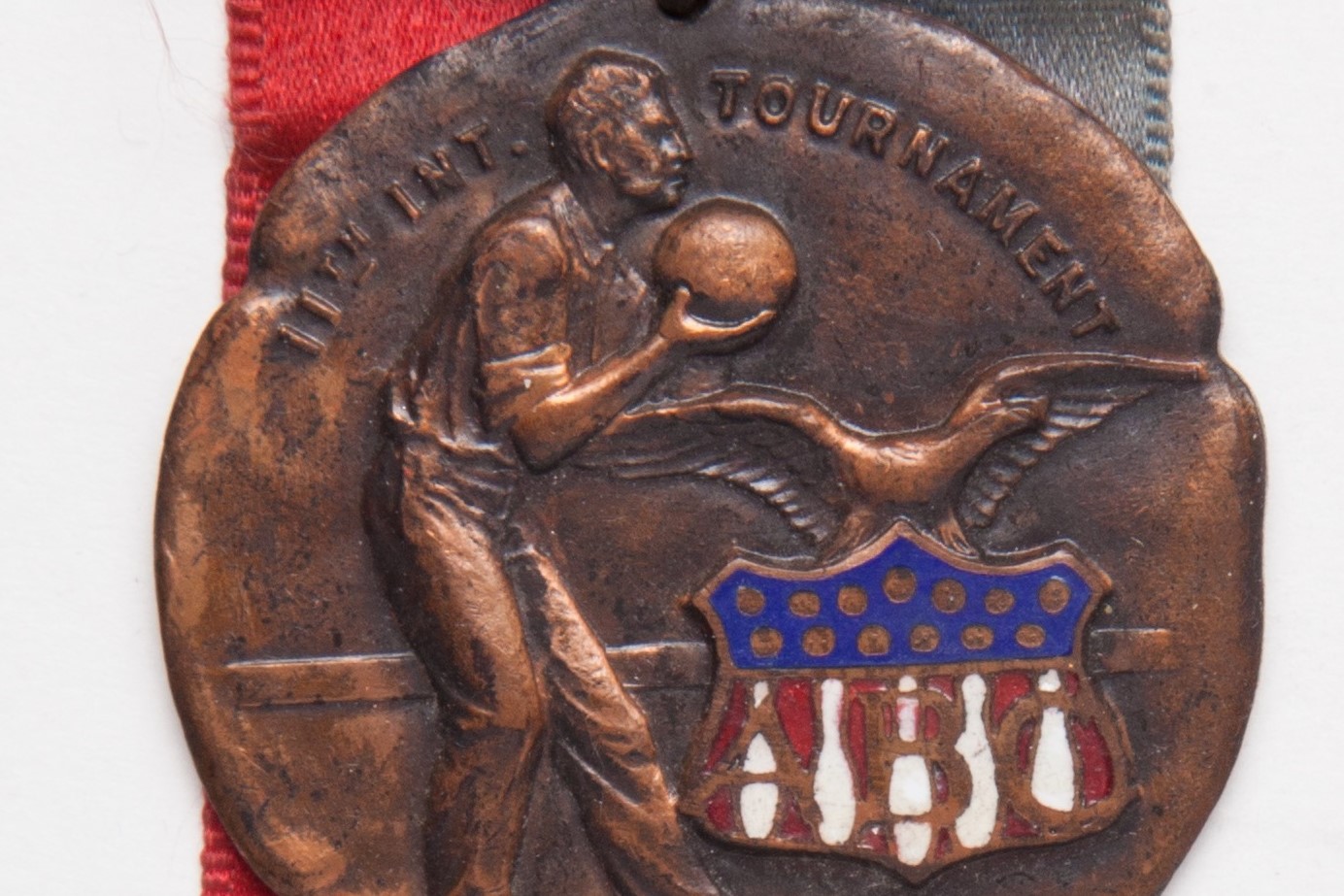